Rogue One is still a few months away, but that doesn’t mean we have to wait until December 16th to get start enjoying the latest Star Wars adventure. Before we see Jyn Erso join the Rebellion in Rogue One, a new book titled Catalyst: A Rogue One Novel will be released in November, highlighting the Erso family’s turmoil and their complex relationship with the Empire.

More specifically, Catalyst: A Rogue One Novel will explore the crucial backstory of Galen Erso, Jyn’s father (played by Mads Mikkelsen in Rogue One). The novel’s synopsis has been officially released and it has a lot to say about the shared history between Jyn Erso’s family and Rogue One‘s leading villain, Director Krennic. 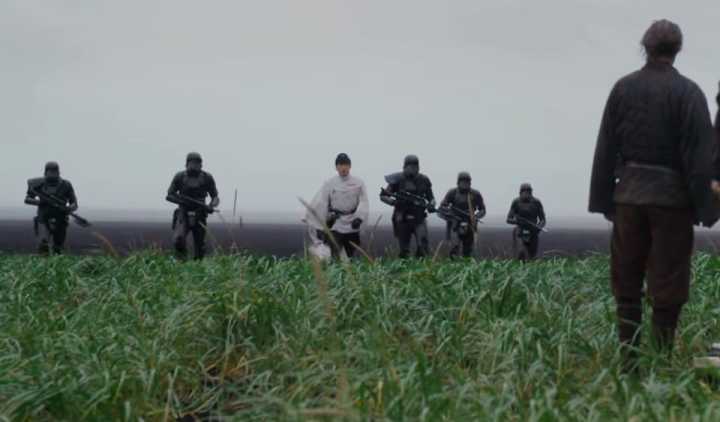 War is tearing the galaxy apart. For years the Republic and the Separatists have battled across the stars, each building more and more deadly technology in an attempt to win the war. As a member of Chancellor Palpatine’s top secret Death Star project, Orson Krennic is determined to develop a superweapon before their enemies can. And an old friend of Krennic’s, the brilliant scientist Galen Erso, could be the key.Galen’s energy-focused research has captured the attention of both Krennic and his foes, making the scientist a crucial pawn in the galactic conflict. But after Krennic rescues Galen, his wife, Lyra, and their young daughter, Jyn, from Separatist kidnappers, the Erso family is deeply in Krennic’s debt.Krennic then offers Galen an extraordinary opportunity: to continue his scientific studies with every resource put utterly at his disposal. While Galen and Lyra believe that his energy research will be used purely in altruistic ways, Krennic has other plans that will finally make the Death Star a reality. Trapped in their benefactor’s tightening grasp, the Ersos must untangle Krennic’s web of deception to save themselves and the galaxy itself.

Revealing a close connection between the wonderfully white-caped Orson Krennic and Galen Erso has huge implications, so let’s take a closer look at what this means for the foundations of Jyn Erso and Rogue One.

As a “crucial pawn” that is deceived by his old friend, Orson Krennic, Galen Erso’s brilliance is the reason the Empire were able to create the Death Star — making him the closest thing Star Wars has to an intergalactic J. Robert Oppenheimer.

“I am become death, the destroyer of worlds.” — J. Robert Oppenheimer, father of the atomic bomb.

While this isn’t new information, the fact that Galen and Director Krennic were previously friends is a revelation. Although it’s not yet possible to place when Krennic recruited Erso for his own purposes, we first saw the Death Star plans in Attack of the Clones. What’s great about this is that Rogue One is addressing the galactic conflict that would have undoubtedly affected the lives of many, including the Ersos.

This Means For Jyn Erso, Rogue One Is A Family Affair

The Catalyst synopsis reveals that Rogue One is, in true Star Wars fashion, a family drama. The backstory between Jyn’s family and Orson Krennic raises the stakes forRogue One‘s main character, as Jyn must carry the emotional weight of her father creating the galaxy’s most destructive weapon. Not only that, but the heroine has a personal interest in this particular mission due to Krennic’s betrayal.

It may also be worth noting that while Jyn’s mother, Lyra, is mentioned in the Catalystsynopsis, IMDb lists actress Valene Kane as Lyra in Rogue One. As Kane is a similar age to Jyn Erso’s Felicity Jones, this means we are likely to see her in either a flashback or a prelude. Either way, this doesn’t bode well for the fate of Lyra Erso inRogue One.

Star Wars has always been praised for juggling Luke’s personal journey alongside a much larger, universal cause for peace. With this new information in mind, it’s clear that director Gareth Edwards understands what made Star Wars a phenomenon, andEmpire Strikes Back the clear fan favorite. Now we know the history between Orson Krennic and Galen Erso is more complex than we first though, it gives us even more reasons to be excited for Rogue One.

Catalyst: A Rogue One Novel is available from November 15th. Check out the Rogue One trailer below: