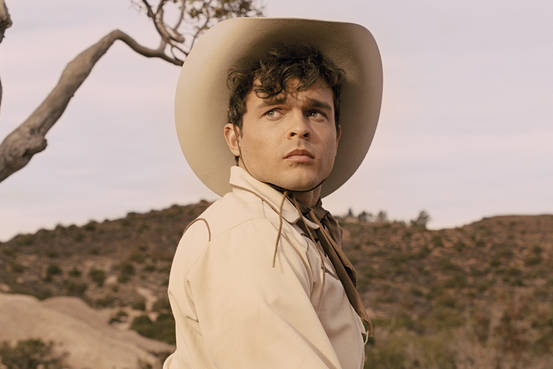 Ever since Disney acquired LucasArts in October, 2012, the prospect of a Han Solo movie has been sparking a debate as to who, if anyone, could possibly fill Harrison Ford’s space boots as the scruffy-looking nerf herder. Once a shortlist of talent was released, fans rallied together to show support for their personal favorite. This shortlist included brooding pin-ups such as Scott Eastwood and actors known for quick-witted dialogue such as Miles Teller and Dave Franco. Ultimately, the role has gone toHail, Caesar!‘s Alden Ehrenreich, and Disney’s final decision reveals a lot about the upcoming tone of their Han Solo spin-off.

Understanding Why We Love Han Solo 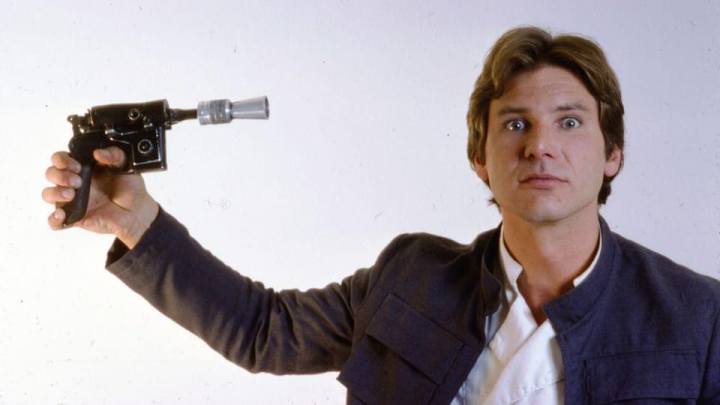 From their proposed shortlist, it was clear that Disney fully realized the characteristics Ford gave the character in order to make him an international fan favorite. Essentially a space pirate pushing his luck across the galaxy, Solo can be categorized into two archetypes. On the one hand, he has the smoldering ‘bad boy’ image often credited to James Dean. On the other, Solo has an important role as the humorous voice of reason and one of the funniest characters throughout the franchise.

Hokey religions and ancient weapons are no match for a good blaster at your side, kid.

With this in mind, Disney need someone who can make us swoon and laugh simultaneously. However, should one of these traits take precedent over the other? It all depends on the tone they are trying to achieve and the overall goal of the movie. The studio already announced comedy duo Phil Lord and Christopher Miller to helm the stand alone feature. Having turned the reboot of 21 Jump Street into a hilarious hit and creating a another fantastic comedy with The Lego Movie, the directorial duo were clearly chosen to helm a movie that is, first and foremost, filled with great humor throughout.

Casting Alden Ehrenreich shows that Han’s role as a comedic character within the franchise won’t be underestimated, and we can surely expect more notorious one-liners and smug wise-cracks with Ehrenreich’s take on the character.

Fortunately for fans, the actor has already shown us what he’s got as a comedic actor. Perhaps the finest example is this scene between Ehrenreich and Ralph Fiennes in Hail, Caesar!. A little context: Ehrenreich is a western action star who has been thrust into a period drama, entirely out of his depth.

So, what are Disney telling fans with this casting? They are showing us that for Han’s stand alone adventure, comedy is key.

Will This Be The Funniest Star Wars Movie To Date?

This comes down to a philosophy that has treated Disney well with their other huge property, Marvel Studios. Disney has done this many times within the Marvel Cinematic Universe, particularly within Guardians of the Galaxy, a movie often graced as the funniest Marvel movie to date. Replicating that success, it was also one of The Force Awakens‘s greatest achievements, allowing new and old fans to bond with their new additions to the franchise. Their writers clearly understand that sharing a laugh with an on-screen character helps them become relatable and human, giving us reasons to actually care about their journey.

With this in mind, it should be no surprise that Disney saw it as a priority to include actors and directors who have proven their comedic capabilities. Take a look back at Disney’s recent success within the MCU and many the actors and directors involved stem from from comedy – including the Russo Brothers, James Gunn, Jon Favreau as directors, and actors such as Chris Pratt, Robert Downey Jr. and Paul Rudd. As a Star Wars fan, I welcome this creative maneuver with open arms.

I know what you’re thinking: there’s only one Han Solo, and that’s Harrison Ford. Whilst it’s hard for us to acknowledge anybody other than Ford as Han Solo, it is great to see that Disney know the challenge ahead and realize that it isn’t enough to just see a young Han Solo on the big screen. Disney know that if we’re going to warm to our Han Solo, the movie also has to be a lot of fun.

Will Alden Ehrenreich make a good Han Solo? Let me know your thoughts with a comment!

One thought on “Laugh It Up, Fuzzball! What Casting Alden Ehrenreich Means For The Tone Of Disney’s Han Solo Movie”